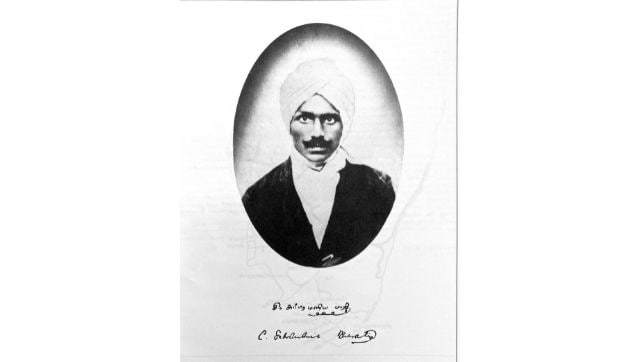 With his usual foresight, Bharati argues that promoting the teaching of English to the detriment of Indian national languages ​​would spell the end of their future.

Subramania Bharati was a polyglot who wrote brilliantly in several languages, including English. In fact, as a poet at heart, he loved and respected the English language, which he regarded not primarily as the language of the oppressors of India, but as the language of the literary geniuses of England – the Romantic poet Percy Bysshe Shelley in the lead, and, from Bharati’s perspective, a soul mate. They were writers to admire and to imitate.

But his attitude of reverence for poetry and respect for the language was severely tested by the British policy of the day towards what the British government dared to call India’s “vernacular” languages ​​- the diverse and distinguished literary languages ​​of the Indian people throughout the subcontinent.

Vernacular, indeed! Bharati hated this term. This reduced his mother tongue, Tamil, the language of the last classical civilization in the world, to a simple popular language spoken by an oppressed people. According to the British, it was clearly outdated. Neither Tamil nor any of India’s “vernacular” languages ​​could suit, they claimed, a modern society based on science and reason! If Indians really wanted to improve, they should be educated in English.

To respond to these outrageous and discriminatory demands, Bharati, metaphorically speaking, rises to his full stature as a poet and polyglot, Tamil and Indian and humanist.

Indian schools, ”he wrote, calling the famous Scottish thinker“ good and learned ”. “Because I am aware that men’s thoughts are generally shaped by their environment. “

Bharati can draw on his extraordinary breadth of reading in Indian languages, including Sanskrit and Hindi, to comment:

“But I think it’s high time to remind all parties involved in discussions like this, that most Indian languages ​​have great, historical and living literatures. Of course, their luster has been slightly tarnished by economic conditions over the past few days. “ Sadly, the presence of the British and the demeaning effect of colonial oppression on the Indian psyche had already had a powerful impact. Bharati is deeply concerned about this and demands what was then unthinkable. Indians and their languages ​​should be respected and treated equally, at least by the English – and, above all, by the Indian elite. He writes:

“We can forgive the English-educated minority in this country for being horribly ignorant of the higher phases of our national literatures; but they would do well to give up that annoying attitude of patronage and condescension when they write and speak our languages. The Tamil language, for example, has a living philosophical and poetic literature which is far more grandiose, in my opinion, than that of the “vernacular” of England.

And here, the polyglot reading of Bharati as well as his writing allows him to make a comparison that has not yet been fully explored in the study of comparative literature:

“Besides, I don’t think any modern vernacular in Europe can boast of works like the Kural by Valluvar, the Ramayana by Kamban and the Silappadhikaram (” The epic of the ankle “) by Ilango. . And it may be worth adding that I have read and enjoyed the exquisite beauties of Shelley and Victor Hugo in the original “vernaculars” in English and French, and of Goethe in the English translations.

In our post-colonial reality, it is essential to understand how and why Bharati defended the Tamil language at a time when Indian languages ​​were in decline due to the British colonial administration in India. With his usual foresight, Bharati saw that promoting the teaching of English to the detriment of India’s national languages ​​would spell the end of their future. The younger generation would grow up easily in their mother tongue. They would be dispossessed of their mother tongue, of their legitimate heritage, while English would take the place of these languages ​​in their minds and their lives. The longer-term consequences would be dramatic – the disappearance not only of national languages ​​as a means of education, but also of the ways of life, traditions, culture and knowledge rooted in these languages. Chellamma with her daughters and grandchildren; S. Vijaya Bharati is seated in the front right To argue against this tendency, Bharati relied on his extensive knowledge of Tamil literature. He described the achievements of Tamils ​​and called for the study of these literary achievements alongside those of European writers. His goal was never chauvinistic – he just wanted Tamil to take its place among the great literary traditions of the world without threatening the achievements of other cultures. Indeed, based on his reading, he believed that Tamil should be rightly recognized as a “mother” tradition for humanity as a whole, due to its antiquity, continuity and literary stature. The need for a firm stand was evident.

From today’s perspective, it may seem that Bharati’s position is outdated. English is dominant overall – the battle seems to have been lost. Indeed, by appropriate irony, the Indian affinity for the English language is often cited as one of the reasons India has become a global economic and cultural powerhouse today. But Bharati was a visionary who saw well ahead of his time. In fact, his arguments for preserving and promoting Tamil – and with it, the linguistic diversity of India and the world – are more relevant than ever. Yet they have never been really explored. Instead, they were sidelined due to the ubiquitous presence of “business English”.

Reading Bharati’s words, written in such eloquent English, should give us pause. As Bharati’s literary legacy enters its one hundred and first year, his writings offer us a new opportunity to reflect on our own identity and ask the crucial question of whether we have truly achieved equality in this postcolonial world. Meanwhile, the world’s languages ​​and cultures are rapidly disappearing and climate change threatens humanity as a whole. These changes seem to be the direct result of living in a world defined by colonial values ​​that were never completely overcome. The world seems to have lost sight of cultural diversity just when we need it most – when new ways of thinking are needed to overcome the significant challenges that lie ahead. Valuable ideas are ingrained in our languages: Bharati tells us that. Taking an interest in our “mother tongues” and making the effort to learn languages ​​and read, could be an important part of these efforts. Bharati helps us out, giving us a tantalizing glimpse of what it means to be a Tamil today. In doing so, he shows the way to rediscover the hidden treasures that are buried in us and in our collective past. It is a powerful lesson for Tamils, Indians and the world.

– All images are courtesy of the author

Mira T. Sundara Rajan is the editor of The Coming Age, a collection of original Bharati writings in English, published by Penguin Modern Classics, and the creator of an accompanying podcast, “Bharati 100”.