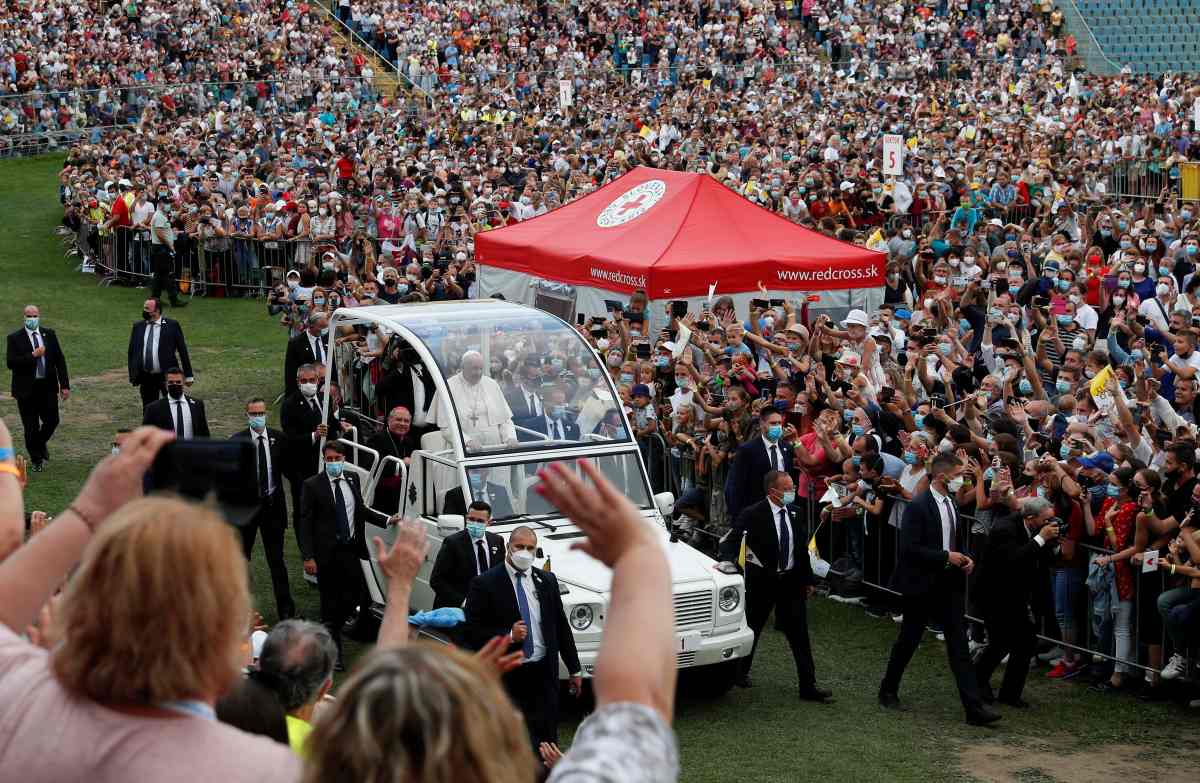 An economic rally and a papal visit send starkly contrasting messages about politics and society.

â€œWhat we saw recently in Kabul was a victory for the witty people over the tech people,â€ said Polish sociologist and conservative politician Zdzislaw Krasnodebski. He was speaking during a discussion on the spirit of European conservatism at the 30th edition of the Economic Forum, the traditional big Polish conference held in the first week of September, where economic and political elites meet. This year the forum has been moved from its usual location in the eastern town of Krynica to Karpacz in the west.

The event was once dubbed the ‘Eastern Davos’ after the annual gathering of world liberals in Switzerland, but in recent years, with the conservative Polish government controlling the large state-owned enterprises that subsidize such events, it has taken on an illiberal turn. in an apparent attempt to please the government and obtain funding. As a result, there were many discussions like â€œThe Nation and Europe – One State of Mind,â€ where Krasnodebski and four other hard-core conservatives spoke out against liberal abortion laws and whispered that value-based conflicts were a (positive) driving force for Europeanism.

The remark about the Taliban victory could be interpreted as some kind of nostalgic sigh from a conservative politician who, in his job as a Member of the European Parliament, constantly debates with his colleagues. The discussion on this panel was like a Twitter or Facebook bubble of like-minded, self-reinforcing adherents.

I couldn’t attend more than a dozen panels in three days, but the mood was similar – less discussion, more adherence to conservative and nationalist policies. The once liberal or pluralist spirit of the Economic Forum has been lost. Hopefully, it’s not completely and not forever. Look at Pope Francis’ visit to Central Europe, for example.

Central European conservatism has many faces and one of them, that of Hungarian Prime Minister Viktor Orban, was disappointed that the Pope chose to spend only seven hours in his country. The Pope was clear: Hungary can keep its Christian roots while opening up to the needy. This was the message delivered to Orban, who – rhetorically – proclaimed himself the chief defender of Christian civilization in Europe. Migrants are not welcome in Hungary,

whose Balkan border has been well closed since the 2015 migration crisis.

Pope Francis, meeting with heads of Catholic and Jewish communities in Budapest, also warned of anti-Semitism. This is yet another blow to the ruling Hungarian party, which tolerates anti-Semitism among its supporters and sympathetic journalists.

The Pope then traveled to Slovakia for a longer stay of almost four days. Unlike Hungary, there are clear mutual sympathies between Francois and Slovak President Zuzana Caputova. Yet many Slovak Catholics and conservatives look askance at the “too liberal” ideas proposed by the Pope. They do not fit into the old-fashioned, conservative / nationalist image that has been building for many years in Central Europe as the rest of the world moves elsewhere.

â€œI want you to mold people towards freedom, not towards rigid religiosity,â€ Francis told Catholic clergy and bishops in Bratislava on the second day of his visit. Blow bubbles among the people but don’t explode them, he seemed to be saying.

The Economic Forum and the Pope’s Journey are strong reminders from different sides of how politics in Central Europe is â€œbubblingâ€, that there is less and less understanding and discussion across the spectrum of opinion. In an increasingly connected world, this may seem like a paradox. But, as Mark Leonard, director of the European Council on Foreign Relations writes in his new book The Age of Non-Peace: How Connectivity Causes Conflict, the connections that are supposed to bring people together are increasingly militarized. Instead of being a tool for better understanding, they are a tool for political or economic struggles that contribute to the polarization of society.

The Karpacz panels on the one hand, and the message Pope Francis delivered to Slovakia on the other, make it clear how easily opinion bubbles can form and how difficult – or easy it can be. in the case of the Pope – to prevent them from drifting dangerously far from each other. .

Maryland today | A new vision of teaching the violin

A ‘cultural pass’ could help our children – and the economy