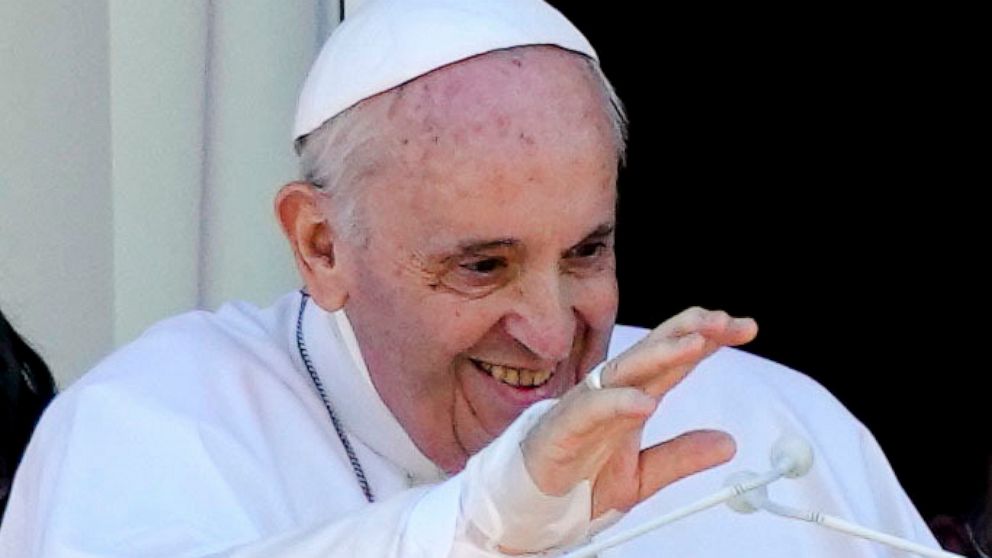 Pope’s visit to central Europe tests his health and diplomacy

VATICAN CITY – Pope Francis is on his first trip abroad since undergoing bowel surgery in July, a four-day visit to Central Europe that will not only test his health, but also provide one of the most difficult moments of his papacy – a meeting with Hungarian Prime Minister Viktor Orban, the kind of populist and right-wing leader that Francis generally despises.

Francis only spends seven hours in Budapest on Sunday before moving on to a three-day tour of neighboring Slovakia. The lopsided route suggests that Francis wanted to avoid giving Orban the bragging rights, political nudge, and photo opportunities that come with welcoming a pope for a proper state visit.

The trip organizers insisted that Francis was not snubbing Hungary, noting that the Hungarian Church and State had invited him to close an international conference on the Eucharist only on Sunday. “If I am only invited to dinner, I cannot spend the night,” said Rev. Kornel Fabry, general secretary of the Eucharistic conference.

But the message sent is clear, and Francis even hammered home the point in a recent interview with the Spanish Bishops’ Conference broadcaster COPE. In last week’s interview, Francis said he wasn’t even sure if he would meet Orban in Budapest. Vatican officials said he would of course meet the Hungarian prime minister and president at a scheduled meeting.

Botond Feledy, policy expert for the Institute of Social Reflection, a Hungarian Jesuit organization, said it was clear Francis and Orban disagreed on some basic issues – migration tops the list – but said the aim was not to exacerbate differences or conflicts.

“It’s pretty clear that the 30 minutes Pope Francis has in his schedule to meet with the head of state, head of government and bishop is a very, very short time,” Feledy said in an interview. “This shows that he is not really coming for a political visit, but to give a mass at the congress after having had a formal salute with the Hungarian politicians.”

Francis has long expressed his solidarity with migrants and refugees – he has already brought home a dozen Syrian Muslim refugees on a trip to a refugee camp in Greece – and criticized what he called “populism. national ”put forward by governments like that of Hungary.

Orban is known for his hard-line stance against immigration and frequently describes his government as a defender of “Christian civilization” in Europe and a bulwark against migration from predominantly Muslim countries. In 2015, he rejected proposals to settle refugees from the Middle East and Africa in Hungary and erected a fence along Hungary’s southern border to prevent EU asylum seekers from enter.

Asked in 2016 about Donald Trump’s border wall with Mexico, Francis joked that anyone who builds a border wall is “not a Christian.”

The start of the closed-door meeting will not be filmed live – one of the few moments of interest that the Pope will be off-camera during the trip. It’s a visit that is closely watched as it marks Francis’ first major and prolonged public outing since undergoing scheduled surgery in July for what the Vatican has called a severe narrowing of his large intestine.

Francis, 84, had his colon removed 33 centimeters (13 inches) and spent 10 days in the hospital recovering. He has recently resumed holding public and private hearings and says he is now leading a “very normal life”.

Papal journeys are grueling under ordinary circumstances, with back-to-back meetings, multiple transfers, and lengthy liturgical services, all covered 24 hours a day by live television cameras. After his last trip – a trip to Iraq in March before the operation – Francis admitted he might have to slow down, given his age and fatigue.

But the Hungary-Slovakia program bears no evidence of an aging pope or a recovering pope and in fact refers to the frenetic schedule that marked St. John Paul II’s many overseas trips. Francis is due to deliver 12 speeches over four days, starting with a 6am flight to Budapest on Sunday and ending the day in the Slovak capital, Bratislava, after nine separate events.

“Maybe on this first trip I should be more careful because you have to fully recover,” Francis said in the COPE interview. “But in the end it will be like the others, you’ll see.”

Vatican spokesman Matteo Bruni said no additional health measures were taken for the trip, “just the usual caution”. Francis’ personal physician and nurses would travel with him in the Vatican delegation as usual, he said.

Bruni also stressed that the main focus of the Hungarian part of the trip was spiritual and noted that Francis made other quick trips for specific events without filling the protocol traps of a proper state visit. The Pope traveled to Strasbourg, France, on a day-long visit in 2014 to deliver speeches at the European Parliament and the Council of Europe, but did not stay.

After the brief stopover in Budapest, Francis heads to Slovakia where the highlight of the trip will be his visit on Tuesday with members of the country’s Roma minority, who were persecuted during WWII and continue to face today to racism, discrimination and abject poverty.

The “pope of the peripheries” has long sought to visit the most marginalized during his travels abroad, insisting on stops in slums, prisons or drug addiction centers. His visit to the settlement of Lunik IX in Slovakia’s second city, Kosice, is consistent with this: some parts of the settlement have no running water, gas or electricity.

Francis will also meet with the Jewish community in Slovakia and hear the testimony of a Holocaust survivor before concluding the visit with a mass on Wednesday in Sastin, the site of an annual pilgrimage every September 15 to venerate the patroness of Slovakia, Our -Lady of Sorrows.