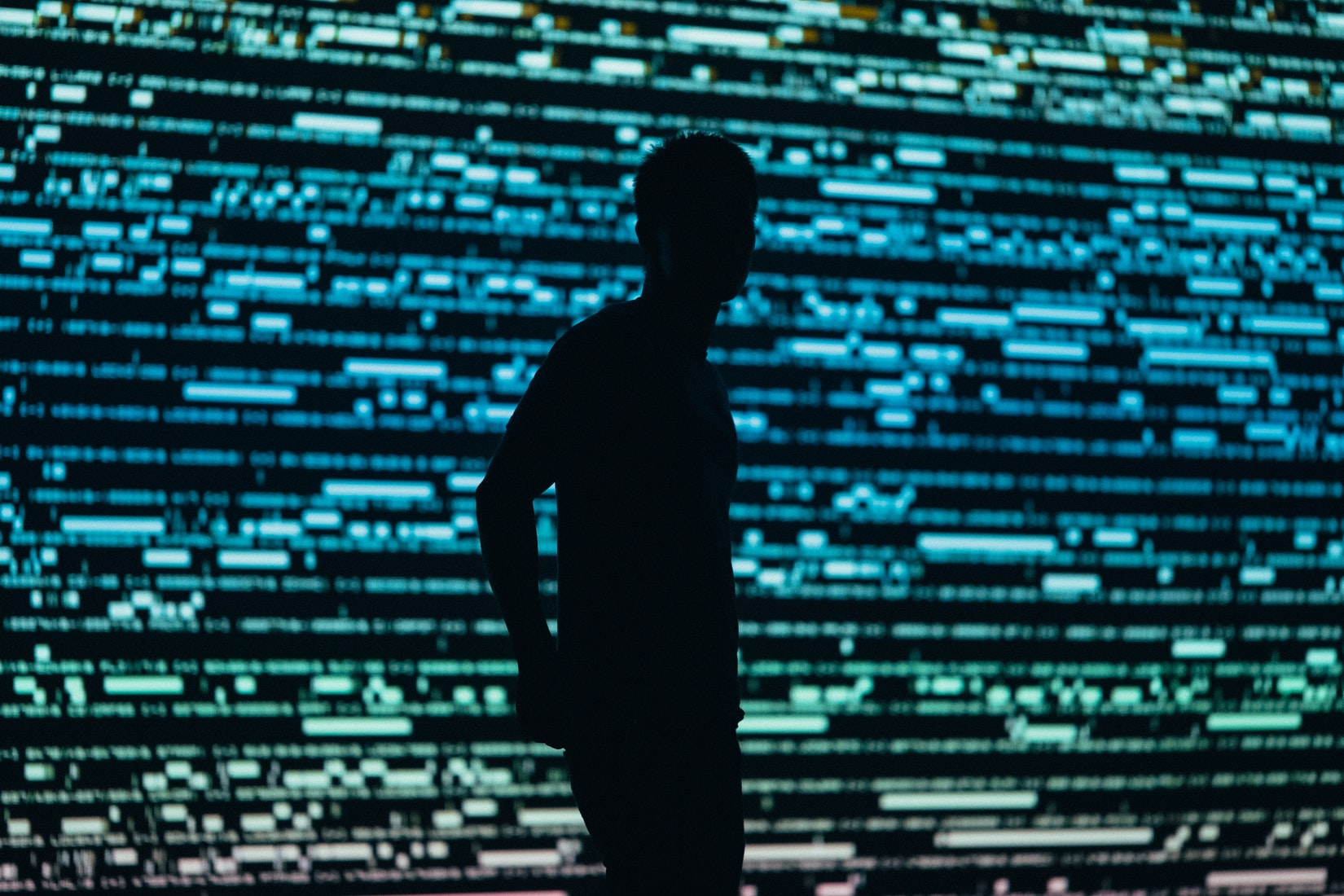 Technology and Truth: Thoughts on Russia, America and Live Not By Lies

DURING THE run-up to the 2003 invasion of Iraq, Washington told the world that Iraq was in possession of weapons of mass destruction. While the Bush administration had no real evidence to support this claim, it presented no obstacle to pursuing the desired course of action. The necessary proofs have been invented and the contradictory proofs have been firmly suppressed. The following example is instructive. José Bustani, founding director of the Organization for the Prohibition of Chemical Weapons (opcw), was making persistent efforts at the time to have Iraq accepted as a member of the opcw, as this would have allowed for in-depth inspections , and Bustani fully expected that such inspections would confirm what his own chemical weapons experts had already told him – that all Iraqi chemical weapons had already been destroyed in the 1990s after the Persian Gulf War. The Bush administration’s response to Bustani was swift: then Under Secretary of State John Bolton gave him twenty-four hours to resign or face the consequences. For the Bush administration, overthrowing Iraq was too big a deal to let the truth get in the way.

CONSIDER THE contrasting course taken by John F. Kennedy during the Cuban Missile Crisis. The crisis itself was sparked when American spy planes photographed Soviet nuclear-capable SS-4 missile sites installed on Cuban soil. Unlike Iraqi chemical weapons, these weapons of mass destruction were real and not invented. Despite this factual evidence, and even if it went against the insistent advice of his military, Kennedy refused to go to war. He refused to invade Cuba, thus saving, in all likelihood, the world from Armageddon.

But there is an even more instructive point of comparison between the two cases: Kennedy’s evolutionary efforts, following the Cuban Missile Crisis, to understand the Soviet Union. His June 1963 speech at the American University demonstrated the president’s effort to understand both the motivations and the complex reality of the Soviet adversary. Kennedy’s description of both sides as equally trapped in “a vicious and dangerous cycle, with suspicion on one side breeding suspicion on the other,” suggests a mind influenced by Homer’s ideas. Iliad. He congratulated the Russian people “for their many achievements in the fields of science and space, economic and industrial growth, culture, acts of courage”. He recognized the massive losses of the Soviet Union during World War II. Instead of dehumanizing America’s adversary, he did the opposite; he emphasized our common humanity: “We all breathe the same air. We all cherish the future of our children. And we are all mortal.

The contrast between the level of thought Kennedy achieved in his speech at American University and the banalities and lies so regularly uttered by American presidents since then could hardly be more dramatic. What happened? How has the quality of American thinking and leadership declined so precipitously?

Page Smith, in his eight-volume History of the United States, repeatedly discusses the competition, throughout much of American history, between what he calls a classical Christian conscience and a secular Democratic conscience. . Almost from the start, according to Smith, the second already outweighed the first. Although the historian’s multivolume study ends with the administration of Franklin D. Roosevelt, I would say it was Kennedy who briefly reopened the possibility of an America incorporating at least some important elements of perspective. classical Christian. With the assassination of Kennedy, that possibility closed. By the time George W. Bush and Dick Cheney became occupants of the White House, classical Christian consciousness, aside from a few unconvincing rhetorical flourishes, was already a distant memory. American politics, culture and society had become completely technocratic. A secular consciousness, present from the start, had undergone a transformation; or, perhaps better to say, had materialized as the technocracy always already implicit in the secular idea.

Under technocracy, reason, even rationality, is no longer recognized as having intrinsic value. They no longer compel our agreement. On the contrary, they are now themselves subject to our autonomous will. Nature is like putty in the hands of technological man: indeed, it is no longer possible to speak of “man”. The actors who operate within the technological society reject such an imposition. They will now decide for themselves technologically what we “are” and who we are, right down to the very core of our biological existence.

The American cultural milieu has two aspects, two scales of operation. On the one hand, we have the “left” revolutionaries and the accelerated storytellers of Karl Marx and Michel Foucault who, in surprising numbers, have recently burst onto American college campuses. And then we have, on the other hand, the surprisingly large number of global companies and, in particular, all of the big social media giants who, as a group, have embraced this “revolution”. The latter contribute in particular to discipline public speech in order to keep it in phase with the new ideology.

Rod Dreher’s latest book, Don’t live by lies, provides a useful introduction to this awakened new world. Dreher’s methodology is based on a broad comparison between US and USSR / Russia. During these comparisons, Dreher, of course, himself sometimes falls into the trap of technological reasoning, even inadvertently. Nonetheless, his analysis is revealing. It shows how these awakened societies and awakened infantrymen express one and the same deeply technocratic “civilization”.

DREHER TAKES The Soviet Union and its Eastern European satellites as the paradigmatic case of a political order based on lies. What kind of “lies” is he thinking?

First of all, atheism. For Dreher, the negation by the Soviet system of the truth of the Christian faith, a negation necessitated by his Marxist-Leninist creed that founded dialectical materialism, is key. The central point, for Dreher, is that a system based on atheism is itself for this reason already based on a lie.

He pays great attention, however, to the moral challenges faced by believers living in a society that sees faith itself as dangerous, or at least as something quite a thing of the past. In such a society, it is difficult, and sometimes quite hazardous, to live your faith openly. In the 1920s and 1930s, when several thousand priests and Orthodox believers were swept away and perished in Joseph Stalin’s gulag, it was deadly. Although after World War II and Stalin’s death in 1953, the situation in Russia gradually underwent significant changes that made life considerably easier for believers, it is true that during most of the Soviet period , open expressions of religious faith were at the very least a career killer.

Dreher’s second example of “living by a lie” relates to the Soviet system’s demand for ideological conformity. Dialectical materialism was the reigning ideology, and the Communist Party apparatus made it clear which interpretation of this ideology at any given time should be considered authoritative. In such a system, writes Dreher, the Party itself has become “the only source of truth.” The schoolchildren had to say what the ideology demanded of them instead of reflecting in their journals what they honestly thought.

Drawing on these two themes, Dreher draws a series of parallels between what he calls the totalitarian Soviet empire and the “soft totalitarianism” currently installed by the “awakened” revolutionaries. The latter share with the early Bolsheviks what one might call a sociological fallacy. Both divide people into categories of oppressors and oppressed. For the Bolsheviks, the oppressors were the proprietary bourgeoisie, and the oppressed were the propertyless poor, peasants and factory workers. To awakened American revolutionaries, the oppressors are now white Christians, male and heterosexual, while the oppressed are sexual minorities and people of color.

Such thinking by sociological categories entails a failure of reason. While Dreher doesn’t use the term, it also implies an embrace of moralism. Dreher notes how, for a generation fed on Marx filtered by Foucault, objective reason does not exist. Rationality is no longer seen as equally accessible to all. Reason is no longer authoritative. What matters is the position of power, and power is seen as a function of the category (oppressors or oppressed) to which someone belongs. The similarity here with the early Bolsheviks is indeed very striking. From the perspective of today’s practitioners of social justice and other awakened ideologies, Dreher notes, the enemy cannot be reasoned. The enemy can only be defeated. Those who resist the imposition of new doctrines by revolutionaries are, allegedly, “practicing ‘hatred'”.

On the other hand, while Soviet ideological conformism was predominantly top-down, in the American case, it is more diffused. Referring to themes reminiscent of Russian director Konstantin Bogomolov’s controversial essay “The Rape of Europe 2.0”, Dreher writes:

today [Western] totalitarianism demands allegiance to a set of progressive beliefs, many of which are incompatible with logic – and certainly with Christianity. Compliance is enforced less by the state than by the elites who shape public opinion, and by private companies who, through technology, control our lives far more than we would like to admit.

Silicon Valley’s social media giants are escalating the totalitarian threat even further. Quoting Edward Snowden, Dreher notes that the state now has access to everyone’s communications in perpetuity, and if the government wants to target someone, there is no longer any reason to expect the law be a refuge. The result is the spread of “surveillance capitalism in areas to which the Orwellian tyrants of the communist bloc could only have aspired”, and the emergence of what he calls soft totalitarianism.

My Wellington: a perfect city of action