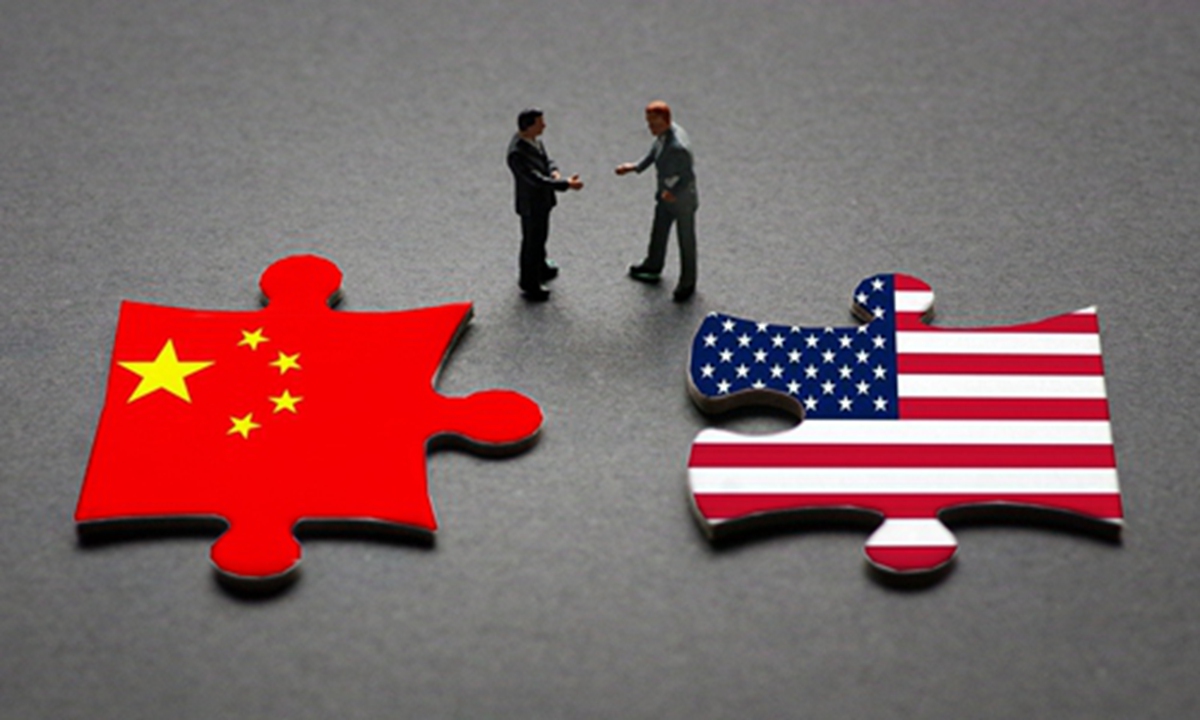 It has been four and a half years since former US President Donald Trump took office, marking the start of the US assault on China. The first six months of Biden’s presidency saw the continuation of the anti-China stance of the United States. The basic line of continuity between Trump and Biden is their stance on China. This supports the argument that America’s change of course towards China, far from being some sort of Trumpian quirk, is in fact deeply rooted in American politics and society. We shouldn’t be surprised by this. The benign period of cooperation between the United States and China from 1972 to 2016, a total of 44 years, was underpinned on the American side by two propositions: first, that China’s economic boom would never undermine the America’s economic ascendancy; and second, that as China modernized, it would inevitably westernize and over time become a western democracy. By 2016, it was blatantly clear that both assumptions were wrong. The Chinese economy was already on a par with that of the United States; and the Chinese political system, far from showing signs of Westernization, has remained very distinctive, has been able to produce extraordinary results, and has been increasingly popular.

In the face of this, America felt that instead of seeing China as a relatively benign partner, it should instead view China as a threat to its world primacy and find ways to contain, weaken and control it. undermine it. America had never seen China as a threat to its status as the No.1 power in the world, nor in all of its history. We shouldn’t underestimate how important being No. 1 is to America’s sense of identity. It has been fundamental since 1945, but goes back much further in the form of America’s sense of missionary purpose. This explains why the United States’ change of direction against China has garnered consensus support among them and why we should expect this period to last a long time, at least two decades, maybe a little longer. The problem for America, however, is that its position in the world, in relation to China, and in relation to the rest of the world, will only weaken, as we have already seen in dramatic fashion this century. . America’s primacy simply cannot survive, but for America, coming to terms with this will be a very traumatic, confrontational, and protracted process.

How to describe this new phase of US-Chinese relations that began in 2016? In the West, it is commonly referred to as the New Cold War. I think this is a mistake. It’s so different from the original Cold War to be deceptive. I understand why it is popular in the United States. They won the cold war. In fact, it was the last thing they actually won. Calling it a new cold war gives the illusion that it is similar or identical to the first cold war and that it will end in the same way. None of this is true. The USSR was never, even vaguely, an economic match for the United States, in its heyday the former was perhaps 60 percent the size of America. In contrast, China is already on a par with the United States and will be much bigger in a decade, let alone two, when it will be more than double. A defining characteristic of the First Cold War was the division of the world into two hermetically sealed antagonistic blocs. In contrast, China is deeply integrated into the global economy, in some ways even more so than the United States. It cannot be excluded from the global economy. Its wide range of trading partners around the world would make such an exclusion impossible. Military competition was another defining feature of the old Cold War which is no longer the case today: China will not enter the same dead end as the USSR. The ideological divide, too, was crucial in the First Cold War but is much less relevant now, certainly in the same form.

If this isn’t a new cold war, then what? We are witnessing a new kind of competition between China and the United States, which is global in nature and encompasses a very wide range of issues, including economics, technology, especially digital technology, governance and leadership. , social inclusion, the relationship with the developing world. , climate change and pandemics. The main thing is to know which modernity – American or Chinese – will be the most effective and the most beneficial for the world in the twenty-first century. The histories of the two countries, of course, are entirely different, one rooted in the nation-state and imperial expansion, the other primarily in a state-civilization rooted in thousands of years of history. This aspect, too rarely addressed, is fundamental in the nature of the competition between the two. This brings me to one final difference between the First Cold War and this contest: The first was a binary conflict in the Manichean tradition, with the end result being a winner and a loser. This competition will not be the same. One country – I believe China – will take over, but a new synthesis between China and the United States, a new kind of relationship, rather than the coup de grace that ended the First Cold War, will be essential. to any regulations.

What are the ramifications of all of this? I would make two points. First, we need to prepare for the long term. This phase will likely last at least twenty years, but it should come as no surprise that it looks more like forty years: the benign phase of the US-China relationship, after all, lasted 44 years. This means that we must always think strategically, never let the present obscure the future. In the heat of the moment of 2019-2020, as China came under particularly brutal assaults and tac-to-tat exchanges seemingly become commonplace, the paramount importance of a long-term perspective is sometimes become blurry. The tit-for-tat can boost the morale of committed supporters, but they usually alienate the non-committed. Winning hearts and minds is a long process, not a knockout.

Which brings me to my second point. During the First Cold War, the world was divided into two blocs and irreparably polarized. This is not the case now and will not be. Even what you might call a Western bloc (NATO, 5 Eyes, US, EU, etc.) is not a bloc. There is also no Chinese bloc. China is also not trying to form a bloc. In other words, unlike the First Cold War, much of the world, most in fact, is relatively non-partisan and open-minded. Take Europe. It is certainly not in the same place as the United States. It is moving away from the United States both at the popular level and at the establishment level. It will be very difficult to change American opinion in the next few years, but this is not the case for Europe. China must find new and better ways to engage with the people of Europe: the watchwords should be â€œlisten, reach out and dialogueâ€. Dialogue was the antithesis of the Cold War. But dialogue is fundamental for the new phase: hearts and minds are crucial. And what is true for Europe is true elsewhere, notably in the West but also in the developing world.

The article was edited by Martin Jacques, based on his speech Wednesday at an international online forum on “The Last 100 Years: China, the West and the World”. The forum was co-hosted by the Chonogyang Institute for Financial Studies, Renmin University of China and No Cold War. Martin Jacques was until recently Senior Fellow in the Department of Politics and International Studies at the University of Cambridge. [email protected]