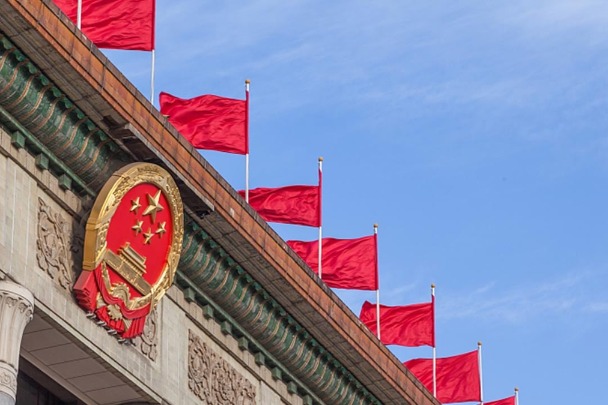 Relations between countries were, are and will be complicated. Their competing interests often trigger competition and sometimes confrontation. Since ancient times, the motto “force does good” has been seen as the guiding principle of international relations.

In his famous book History of the Peloponnesian War, the ancient Athenian historian Thucydides described a dialogue between Athens and Melos, focusing on a single sentence: the strong do what they can and the weak suffer what they have to. As an ancient civilization, Armenia (the first Armenian state was established around 2000 BC) has often faced the harsh reality of international relations throughout its 4000 year history.

The development of European civilization, begun with the Renaissance and continued through the Enlightenment, brought hope to Europe as well as to other parts of the world that a new era of international relations would emerge in which interests small states will be protected, and the great powers will stop using them as pawns in their geopolitical games.

The Armenian nation greeted these developments with enthusiasm, hoping that European countries and later the United States will pursue a foreign policy based on the principles of justice and fairness. Unfortunately, the reality was very different. In the 18th, 19th and early 20th centuries, Armenia witnessed the hypocrisy and double standard of the British Empire, the German Empire, the Austro-Hungarian Empire and other key players in the world. European â€œgreat chessboardâ€.

The two world wars required the redefinition of international relations and the maintenance of new principles of the art of governing. The creation of the League of Nations and later the United Nations raised the hope that after the immense tragedies of the first half of the 20th century, the great powers will abandon their geopolitical manipulations and the motto of “force does good” . Sadly, during the Cold War and post Cold War periods the world witnessed the widespread duplicity and hypocrisy of the major Western powers.

By bombing Serbia in 1999 under the pretext of saving and spreading “democracy” and invading Iraq in blatant violation of international law, Western powers turned a blind eye to large-scale human rights violations in countries who supported their geopolitical agenda.

The world again saw the double standard and hypocrisy of the US-led West in 2020 when it imposed sanctions and criticized Russia, China and other countries, which do not accept the global hegemony of the United States, for its alleged violations of human rights.

In the current situation, China is the only power fighting for fair international relations. Chinese President Xi Jinping’s concept of building a community with a shared future for humanity is the only alternative to the predatory policies of the great powers. China calls on the international community to promote partnerships, security, economic growth, exchanges between civilizations and to build a healthy ecosystem.

China is steadfast in its commitment to maintaining world peace, pursuing common development and fostering partnerships. China is the one power that has never intimidated or invaded any country, while the history of major European countries and the United States is plagued by colonialism, the slave trade, and other heinous human rights violations. human rights and human dignity.

China’s development and rise to power is a source of hope for small countries like Armenia, whose interests have long been sacrificed by the great Western powers. The Belt and Road Initiative is another manifestation of China’s foreign policy aimed at win-win cooperation. Chinese investments in physical and digital infrastructure support developing countries in their pursuit of development and efforts to reduce poverty and improve people’s living standards.

China’s generous support for the developing world during the COVID-19 pandemic, including the provision of vaccines, is another manifestation of the new foreign policy principles advocated by China.

Armenia and China are friendly countries. They share thousands of years of history and respect traditional values, and are committed to protecting their national identity and sovereignty. Armenia appreciates China’s support, including improving public transport and medical vehicles, and providing 100,000 COVID-19 vaccines.

Together with Iran and Georgia, Armenia is working to launch the “Persian Gulf-Black Sea” international multimodal transport corridor to link Iran to Europe. Armenia believes that this corridor can be integrated with the Belt and Road initiative, offering another route for China to reach Europe via Iran, Armenia, Georgia and the Black Sea.

Sino-Armenian relations have two key dimensions: economic and political. Armenia should explore the Chinese market and adhere to an â€œExport to Chinaâ€ strategy covering different sectors, from agriculture to the mobile application market. Politically, Armenia should support China in areas important to Beijing and, at a minimum, refrain from participating in projects hostile to Beijing.

In this context, Armenia could consider withdrawing from the “International Alliance for Freedom of Religion or Belief” or issue a statement that Armenia will not sign any statement or document from the alliance criticizing China. , because the alliance was established by the United States for the purpose of using as a tool of propaganda against China and exploiting the issue of religious freedom, in order to interfere in the internal affairs of China.

China’s views on the future of international relations based on win-win cooperation and respect, regardless of the size and strength of a country, are truly revolutionary. As a small state located at the geopolitical flashpoint with competing interests of Russia, Turkey, Iran, the United States and the European Union, Armenia will benefit greatly from China’s efforts. to make international relations fairer and more inclusive. As such, Armenia looks forward to strengthening its relations with China and supports it in its efforts to establish a just and equitable international environment.

The author is President of the Center for Strategic Political and Economic Studies, Yerevan, Armenia.

Opinions do not necessarily reflect those of China Daily.

HPC in the news: automation of data management and faster processor doors; Intel and TSMC in Arizona, Europe