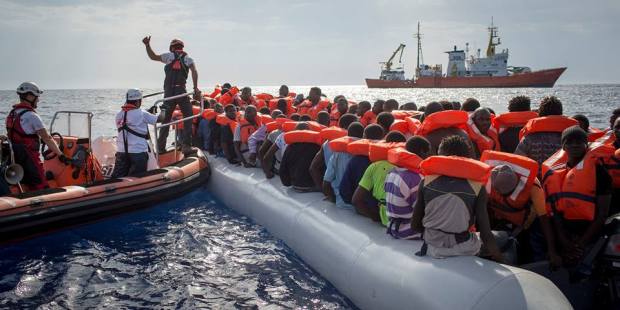 
As Benoît, patron of Europe, teaches us, we are called to hospitality, not to rejection.

In the first five months of 2021, more than 630 people drowned in the central Mediterranean Sea as they sought a better life in Europe.

According to the International Organization for Migration (IOM), the 632 registered deaths represent an increase of 200% compared to last year. This means that an average of four people died on this trip each day.

The Italian Episcopal Conference asked a day of prayer on July 11, in memory of all those who died in the Mediterranean and along the land routes as they fled their homeland in search of a more dignified life.

Recalling the appeal of Pope Francis after praying to the Angelus at noon on June 13, the Italian bishops stress that “the Mediterranean has become the largest cemetery in Europe”, and urge believers to “open their hearts to refugees” , and invite the ecclesial communities “not to forget those who lost their lives trying to reach the Italian and European coasts.

The date was chosen to fall on the liturgical feast of Saint Benedict, patron of Europe.

Next Sunday’s Day of Prayer will be “a way of remembering and exhorting every Christian to follow the example of the patron saint of Europe and become a messenger of peace and a teacher of civilization”.

The Italian bishops also emphasize deadly new migration routes. These include the Canary Islands, whose numbers have increased dramatically in the past year since the Sahara Desert route, the situation of migrant camps in Libya and the Balkan routes where many have found themselves in danger and in dire straits. dire conditions in the past. 12 months.

Albert Watson, a photography legend, says his best work is yet to come