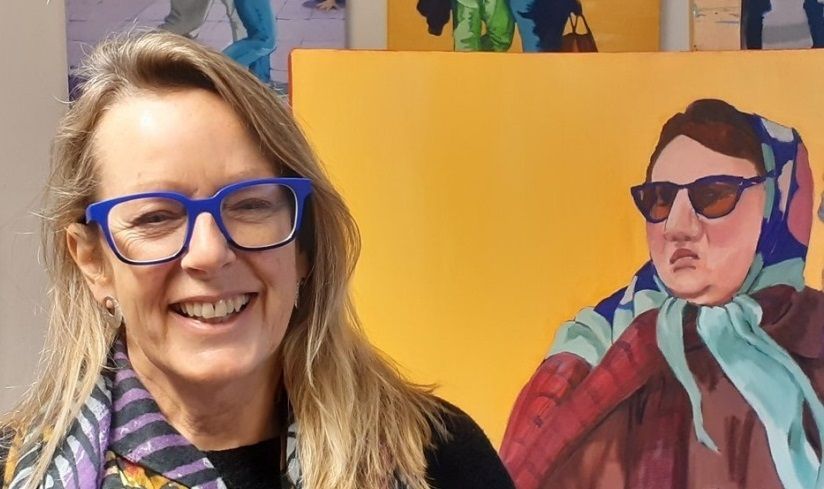 Sue Jelley and Sue Ransley are two artists with a number of things in common.

Both take part in the 20th Anniversary edition of the Surrey Artist Open Studios in June, both are inspired by the audience they role model, and both will raise money for children’s charities.

The two Sues, inspired by people for their work, found that the blockages had a big impact as they were unable to use models, travel or attend events. Instead, they had to find an alternative source of inspiration for their work.

Sue Jelley has looked at her garden and her series â€œNature’s Exquisite Modelsâ€ is, to her, a locking tale. It will also showcase a range of small works, including sketches and paintings from the past inspired by musicians, dancers and landscape architecture.

Sue hopes to encourage more people to think about buying more affordable original artwork that will still pack a punch in her signature black and white or the bold colors she has always used. She hopes to introduce her new model to those who visit the studio.

Sue Ransley will show a so-called â€œpint-sizedâ€ body of work celebrating the recognizable movement and behavior of her grandchildren and other little ones, reliving happy memories to bridge the gap of not being able to. physically see at this time.

She will also feature a new series in development called “Freeze Frames” that captures movement and physical expression.

She is also launching a project called ‘mini monochrome mugshots’. For a set period of time during the open studios, Sue will invite people to send her a photo, from which she will create a small tonal portrait, for a minimum donation to the charity she has chosen.

The two Sues donate a percentage of their sales to children’s charities. Sue Jelley has long supported the â€œFoundation for Children with Special Needsâ€ as she has a personal connection through a close family member. Sue donates a percentage of all sales of her popular signed limited edition prints, and her studio is located near Smithbrook Kilns in Cranleigh, Surrey.

Sue Ransley will donate a percentage of all sales during the studios open to Keech Hospice, as they have been a lifeline for her grandnephew Jacob, who suffers from Hurlers Syndrome (MPS). His studio is between Chiddingfold and Cranleigh, just south of the county line, in Kirdford.

The two artists are delighted to welcome audiences to their home studios, rekindle old relationships and create new ones, because this interaction is key to their work, and it is what inspires and motivates them. .

Tell us what’s going on in your region by becoming a region ambassador.