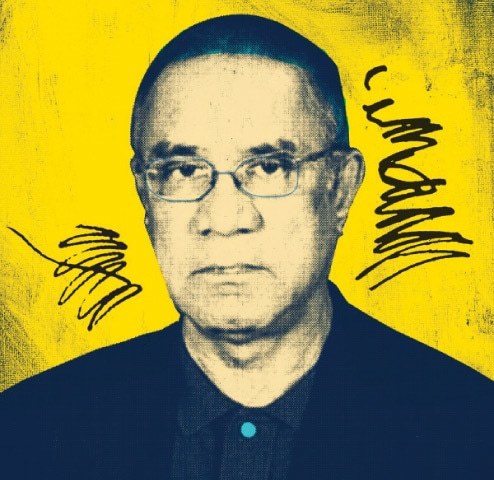 In 1023, after serving as vizier of the Shiite ruler Buyid Shams al Dawla, and having mysteriously gone underground for several years while engaged in “ shady ” clandestine activities, he was imprisoned in the suburb of Hamadan. . .

His boss’s Turkish army had accused him of the capital crime of “anti-state” activities. It was a political scandal that involved dynastic / partisan machinations, as it is reported that bad blood had been generated between our sage and this army.

It all feels like a series of dramatic episodes in the life of a fast-paced, scheming state actor, rather than isolated accidents traversing the serene loneliness of a prolific world philosopher. But it turns out that this is precisely the case here, since philosophers, poets and men of letters in general generally served as state officials in the Persian Muslim empires.

In Bukhara, where Ibn Sina began his career, he ruled locally as district governor. Later, in 1015, he was placed in a high post in Hamadan, under the patronage of Shams al Dawla. Upon Shams’ death some six years later and the accession of a new emir, Ibn Sina relinquished his high state office and, after disappearing from the public eye for about eight years, remaining under the protection of a private patron, he is now incarcerated.

But then, barely four months later, philosopher Kakuyid’s future boss fires Hamadan’s leader Buyid, and the philosopher is now free and free. But one day, maybe just after a year, Ibn Sina fled to Isfahan. Here, the story becomes even more fascinating: he escapes with four accomplices in the middle of the night – all disguised as Sufis.

Imprisonments, legal dramas, military adventures, high office, shifting loyalties and patronages, flight – all of these are, typically, historical elements in the lives of intellectuals, thinkers and poets of the Persian world. How do we explain this?

An answer to this question brings us to the heart of this rather long biographical excursion. We have already noted that men of knowledge and art served as state officials in the Turkish and Persian dynasties in the medieval Muslim world. This means that they were not mere passive subjects on whom dynastic maneuvers operated; in fact, they were actors themselves – and this is a unique feature of the dynastic history of the Islamic world. But there is yet another unique feature of Muslim dynastic culture.

We therefore note another royal Muslim peculiarity. Scientists and philosophers were commodities to victorious rulers; some of their loot to be acquired, as well as gems, gold and silver, and works of art. Just as the defeated rulers had to abandon their palaces, they were also forced to surrender their intellectuals and poets.

When, as a result of his advance on the bank of the Oxus River, Mahmud Ghaznavi sent an ultimatum to the defeated ruler of Khwarazmshah, the conqueror’s claims were typical:

“I heard that there were at the court of Khwarazmshah several men of knowledge, each without equal in his knowledge, such as [so and so, and so and so]. You must send them to our court, so that they may have the honor of being presented there and that we may derive prestige from their knowledge and abilities … “

Note that it was not only material wealth and valiant armies that brought prestige and power to the royal court. This glory also came from the entourage of poets, writers and thinkers that the ruler had managed to gather around him, and the libraries he had acquired, including rare manuscripts and works of art. Often, learned figures were taken away by the victor against his own will; they were kidnapped, looted, literally.

Ghaznavi, who ruled over a vast region from 998 to 1030, brought to his capital Ghazna entire libraries from many centers of cultural refinement, including Rayy and Isfahan. In his courtyard, there were as many as 400 poets, like a silvery cluster of moons around a winning glittering poet, in this case, the incomparable Unsuri.

The case of al Biruni here is both dramatic and instructive. In the year 998, he entered the service of the Ziyarid emir in Gorgan, Shams al Maali Qabus – it was under the patronage of Qabus that al Biruni wrote his first great famous work on historical and scientific chronology, Al Asar. Al Baqiya [Chronology of Ancient Nations].

Given Ghaznavi’s terrifying ultimatum for the handing over of human intellectual goods, al Biruni left Gorgan and moved on, possibly being one of those intellectuals who refused to give in to the ultimatum. Now the stories go that he was captured by Mahmud Ghaznavi’s army – if so, then this monumental sage has been delivered to the Sultan in chains.

But back to our Shaykh. It seems quite clear that Ibn Sina’s frequent moves and his sneaky escape from Hamadan were all desperate attempts to avoid kidnapping raids on Ghaznavi’s soldiers.

We are talking about extremely turbulent times in the post-classical history of the Muslim dynasties, so turbulent that one who is an undisputed ruler could one day end up a chained prisoner – with the exception of the Ghaznavids, most of the dynasties of the time. were of very short duration. A historical result of all this is the emergence of a new genre of poetry called habsiyyat or prison poetry. Our own Faiz Ahmed Faiz wrote a whole Zindan-nama (The Prison Book).

Once they lost their throne, the sacked rulers entered another realm over which they ruled: the realm of poetry. Poetry therefore served as crutches on which even rulers of old could rest their broken legs and injured egos.

Nowadays, when we do not cultivate poetic sensibilities in our young people, by training them only for professional trades, they do not have crutches on which to fall back in times of distress and worldly failures. In fact, we have robbed them of their dreams, we have taken them away from the world of the imagination, we have broken their crutches.

The columnist is dean of the School of Liberal Arts at Lahore University of Management and Technology and a visiting scholar at the University of California, Berkeley.