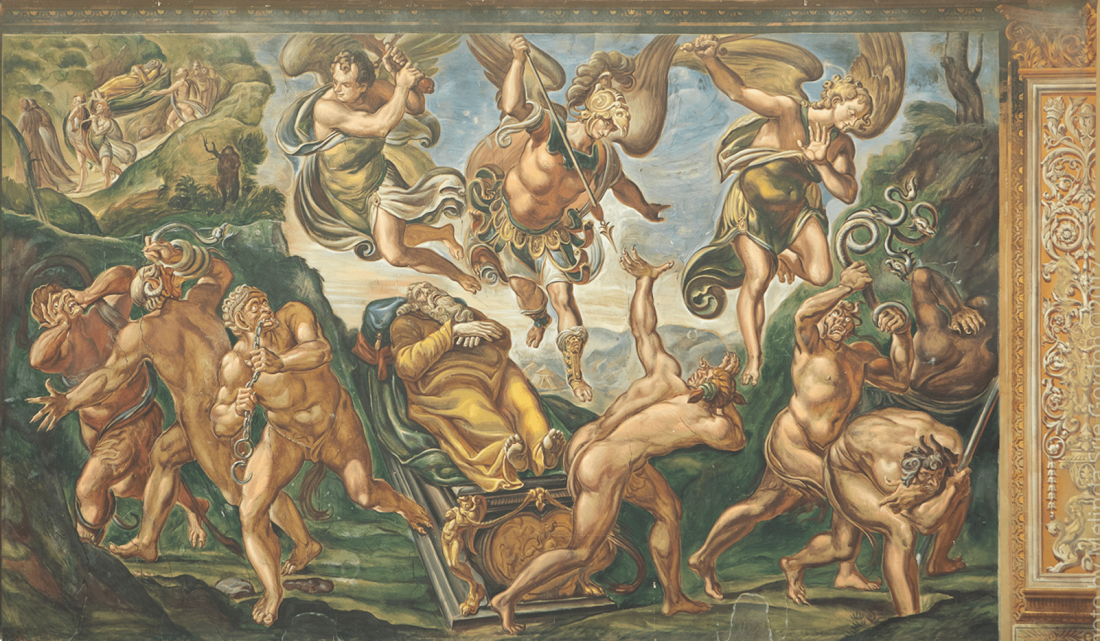 
After the hugely popular sold-out show of giant Hollywood backdrops earlier this year, Texas Performing Arts is back with another iteration from its collection of historic Metro-Goldwyn-Mayer backdrops.

“Behind the Scenes: Hollywood’s Sistine Chapel” features 18 huge backdrops that are full-scale copies of historic Renaissance frescoes, including “The Last Judgment” by Michelangelo. The exhibition runs from June 26 to August 1, with timed tickets on sale at texasperformingarts.org

The sets were created for the 1968 MGM film “Fisherman’s Shoes”. Installed on the stage of the Bass Concert Hall, the exhibition will be the first public presentation of the entire Sistine Chapel suite.

As part of the Art Directors’ Guild which launched the Backdrop Recovery Project, in 2017, the Texas Performing Arts stage studio received 50 MGM backdrops which are used for the study of theater design students.

“It’s amazing that we have a life-size, hand-painted copy of the Sistine Chapel here at the University of Texas at Austin,” said Karen L. Maness, director of performing arts at Texas Performing Arts and a member of the corps. professor at the University of Texas. “It’s a masterpiece of Hollywood scenic artistic illusion. The exhibition on the Bass stage will delight both moviegoers and devotees.

The film tested the illusory prowess of MGM’s performing arts department. Denying access to the film in the Sistine Chapel, the Italy-based film crew requested an emergency response. Performing Arts Supervisor George Gibson brought together performing artists from across Hollywood, including competing movie studios, to complete this monumental task in three months.

Related: ‘The Art of the Hollywood Backdrop’ Shows Paintings at Work ‘

Their delusion was so convincing that the Catholic clergy were enraged at the film’s premiere, believing that the film crew had been allowed to film the actual Sistine Chapel. The film was a box office disappointment, but won Oscar nominations for Alex North for Best Score and George W. Davis and Edward C. Carfagno for Best Artistic Direction.

A look back at Hollywood’s second golden age